In the operation of the finlayson factory today, traditional and contemporary ideas are organically connected and form a unity. The material used for their products represents tradition, while the way of sewing, making connections is a contemporary element. This thought and concept permeates our whole plan. The basic purpose of the museum is to present the artworks. For centuries the architectural manifestation of the museum has been the closed series of spaces consisting of rooms opening from each other. The informational, cultural and social changes of the twentieth century have significantly modified the role of museums. As a result, the buildings became opened, which on the one hand resulted in a much higher proportion of public functions, and on the other hand meant the dissolution of the enclosed spaces with visually and physically connected routes. The exhibitions, which are the basic function of the museum, are located in inward-facing spaces focusing on artworks. These are a traditional part of our plan, placed in heavy block-like spaces following local traditions. The places of contemporary functions, the public spaces, were created between the exhibition areas and the urban spaces, both of which were connected at several points. In our plan, the contemporary features are the places of connection between the museum and the city, between public spaces and exhibition spaces, between art and visitors. 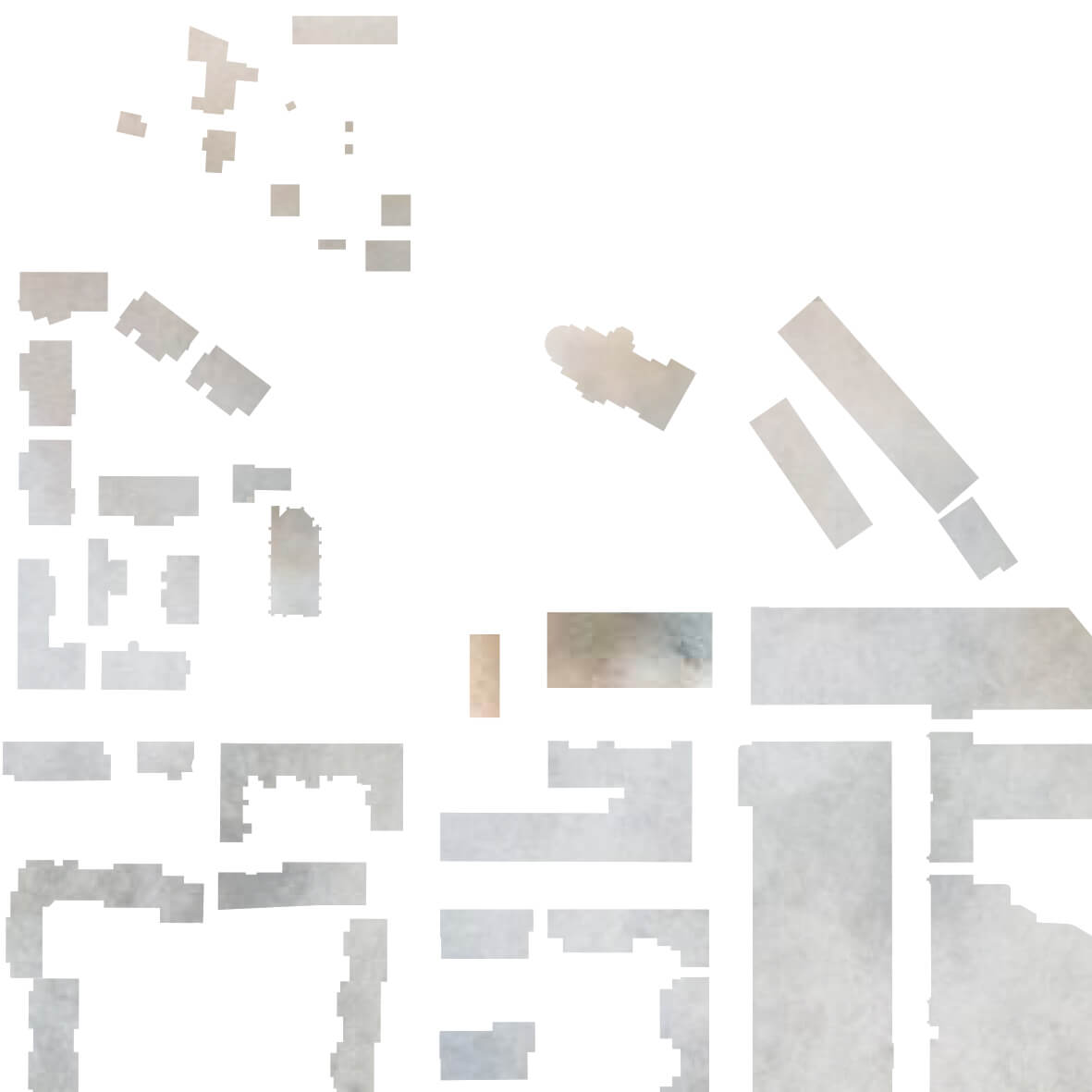 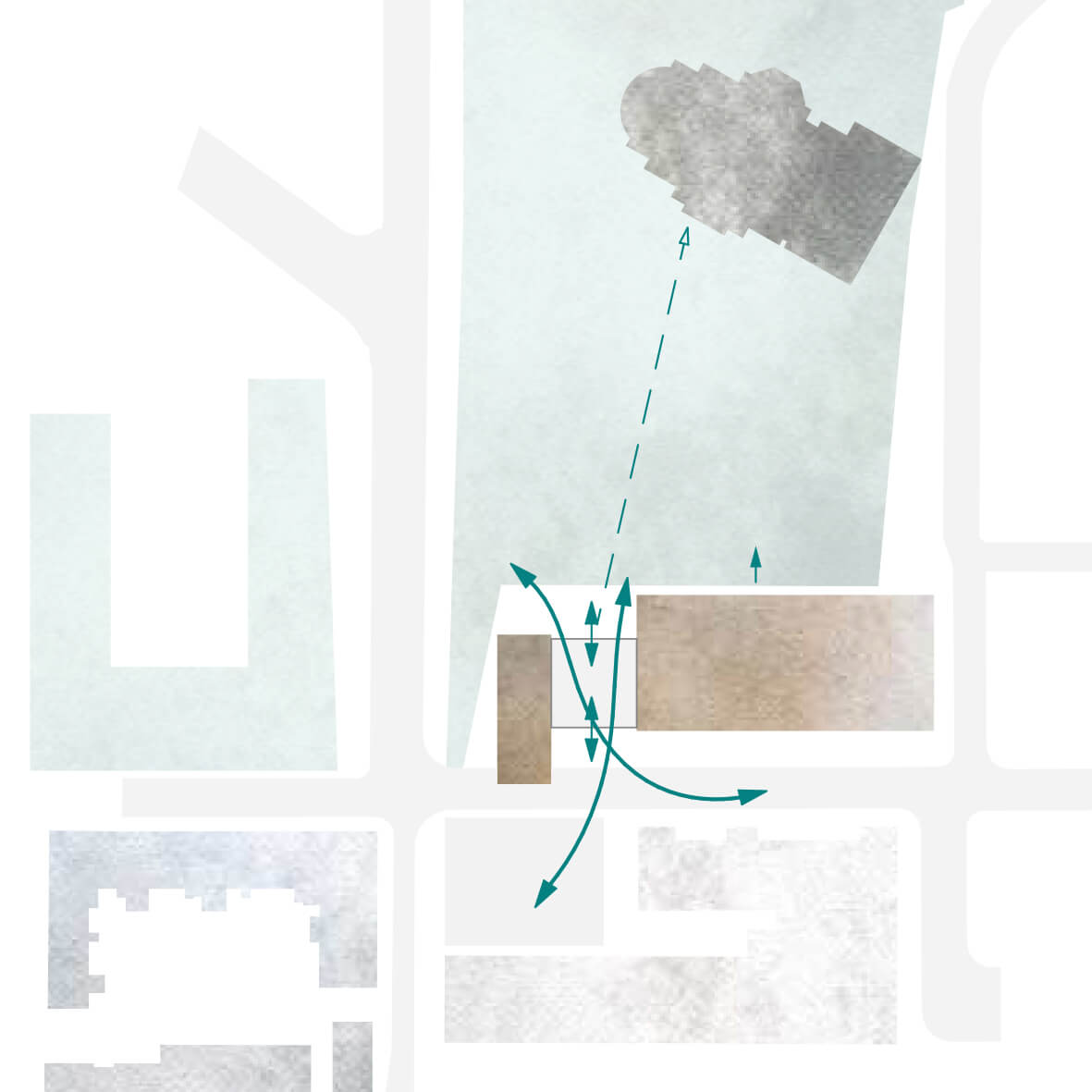 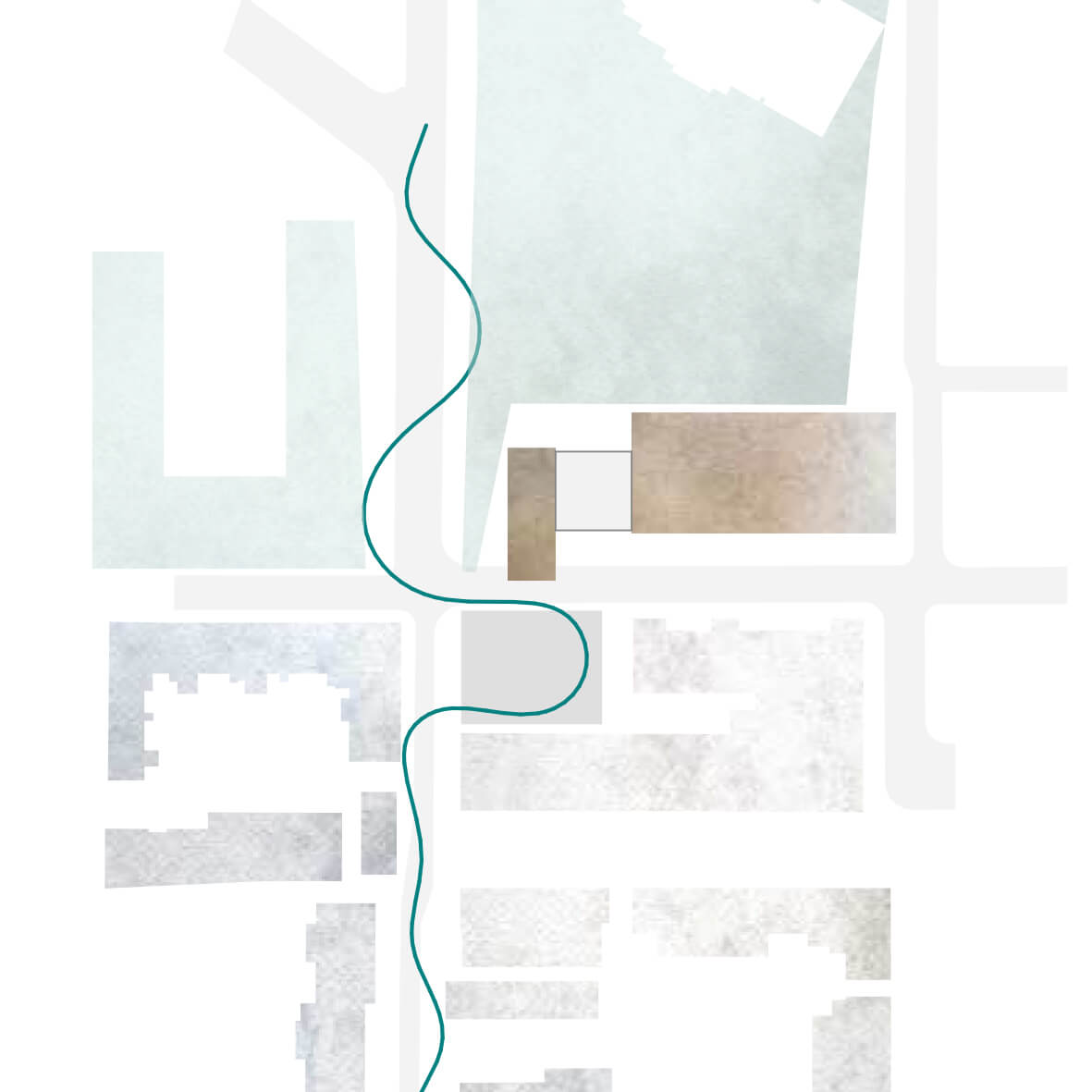 The Finlayson area is densely built-up, forming enclosed spaces along the streets. This compactness dissolves north-west toward the park where free-standing smaller buildings are more common.  The competition plot is located on the border of these two different characters. Our goal is to seal the finlayson block and create a loosening toward the park area.

Near the intersection of Kuninkaankatu and Finlaysoninkatu streets, with the loosening of the mass and facades of the building, the interoperability of the area creates an intensive connection to the park, a visual link is established with the Palace. In this central location is the museum café, which can thus become an important community place.

In order for pedestrian streets to turn into liveable urban spaces, the adjacent, related places are important, where something happens, where one stops and doesn’t just walk on. Public functions have been arranged towards the two pedestrian streets, with different sizes and qualities of openings creating a living ground floor connection on the street. 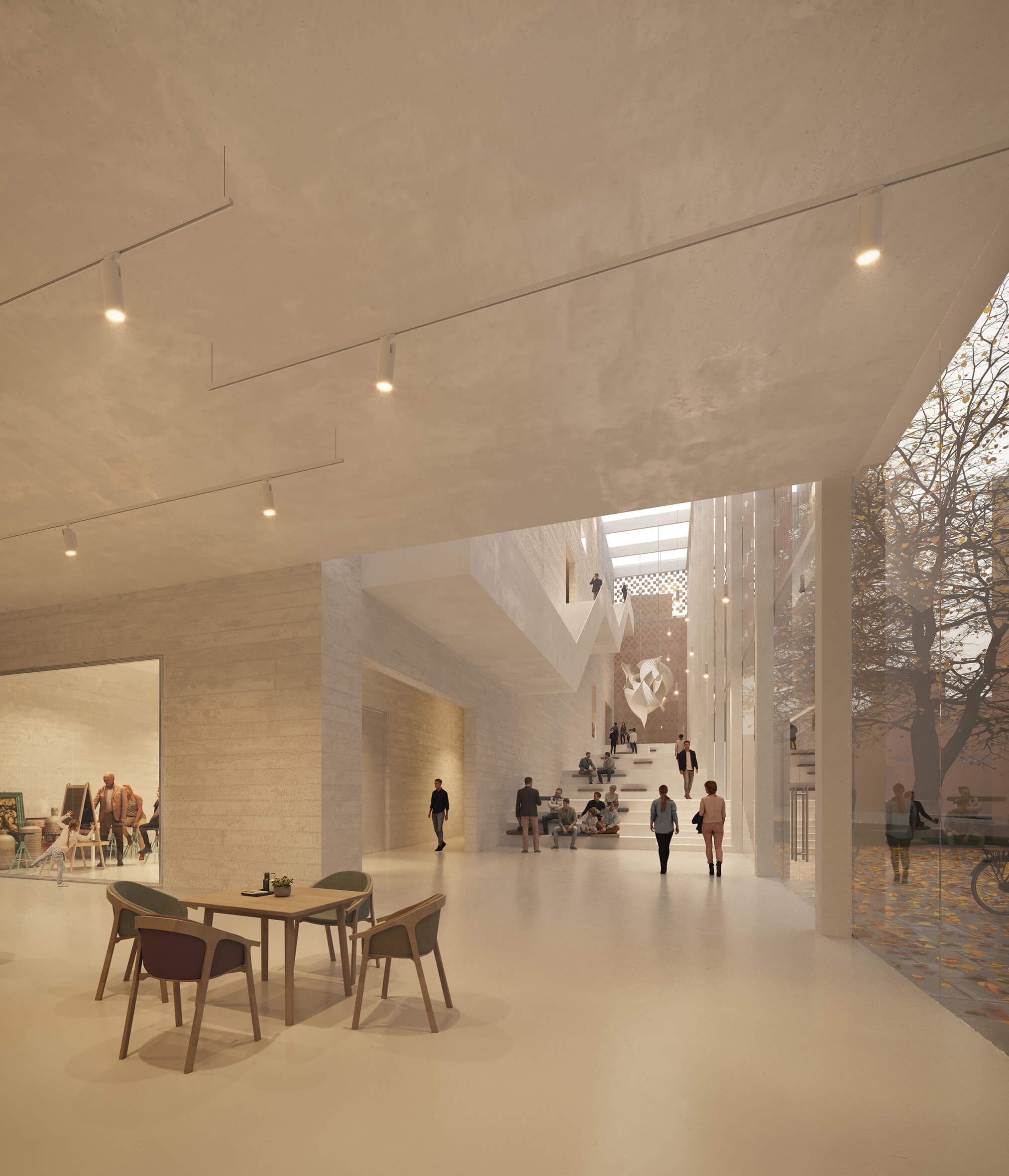 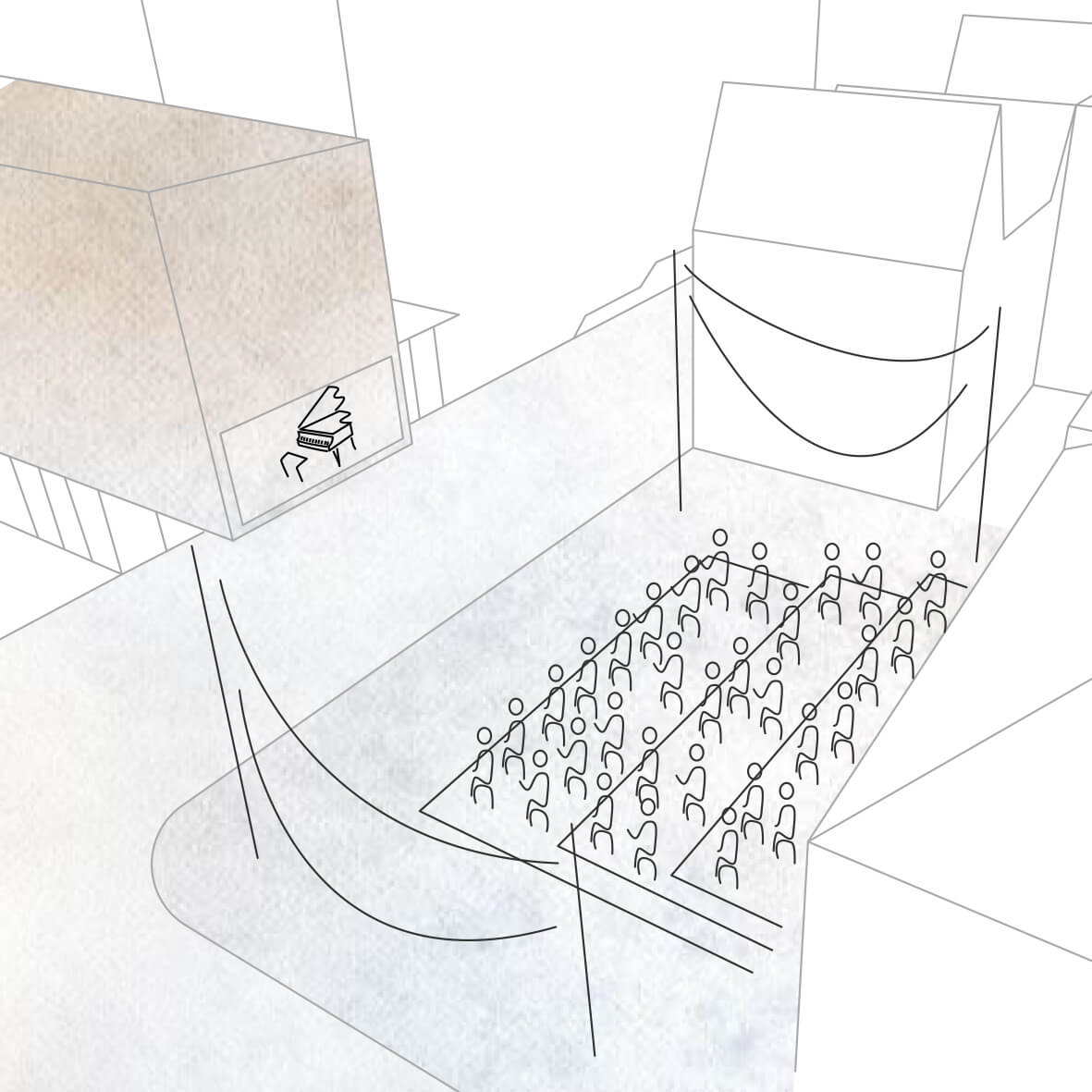 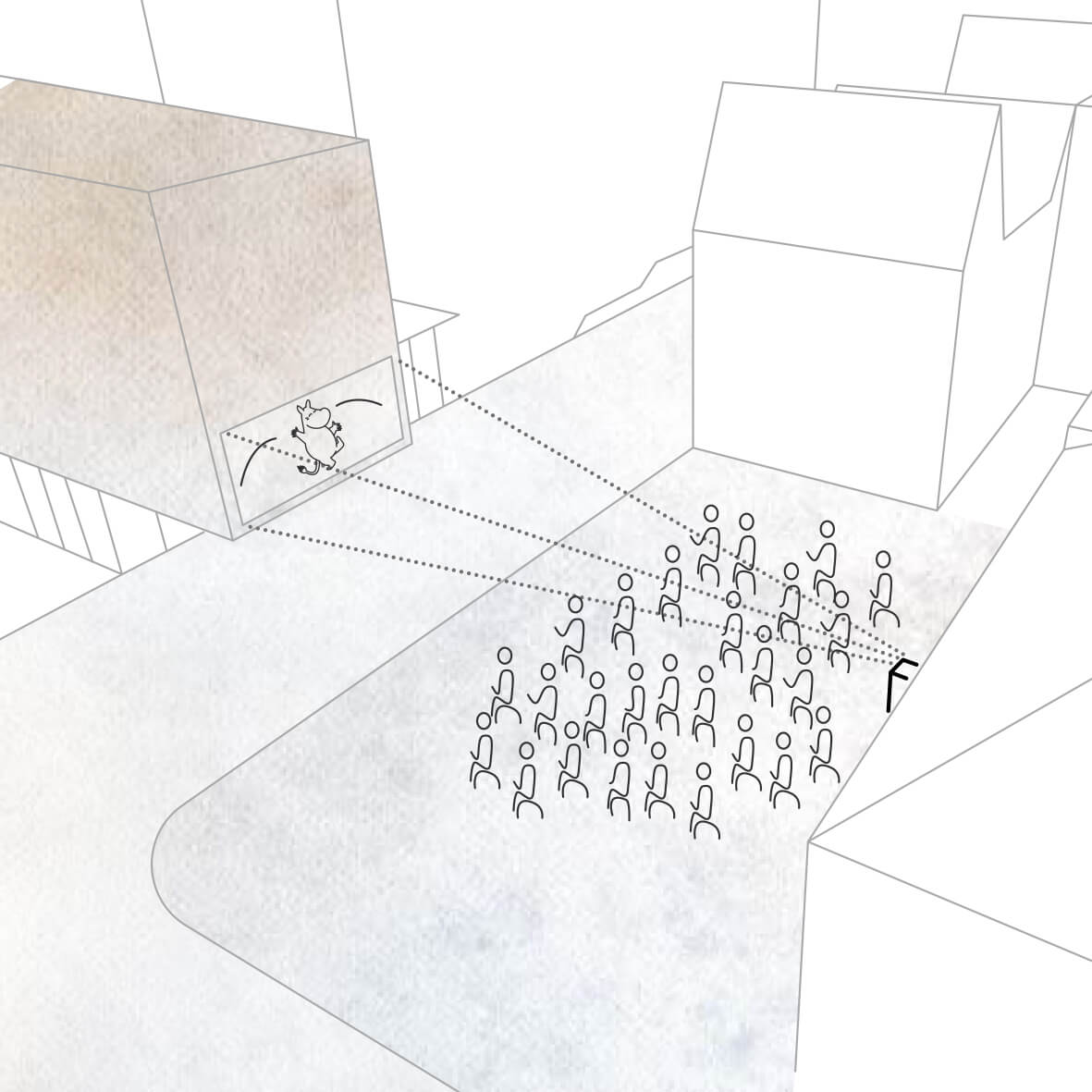 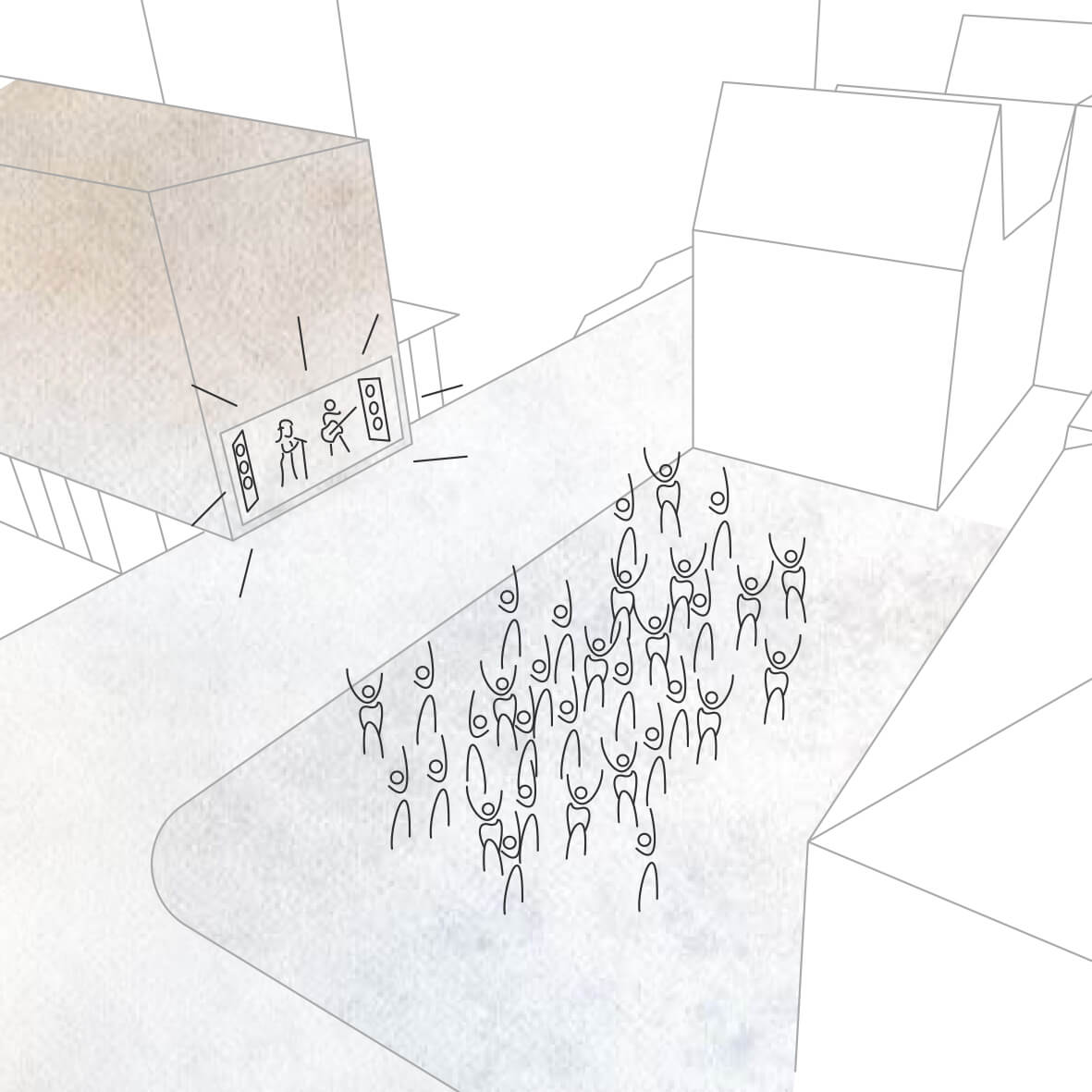 The preserved urban space provides foreground space for the museum.

The multifunctional hall is not only a room that can be used for various functions, but also lives organically with the urban space.

Opening the facade of the room as a show-window raises the expression of art to a completely different level, between the city and the museum thus the art. 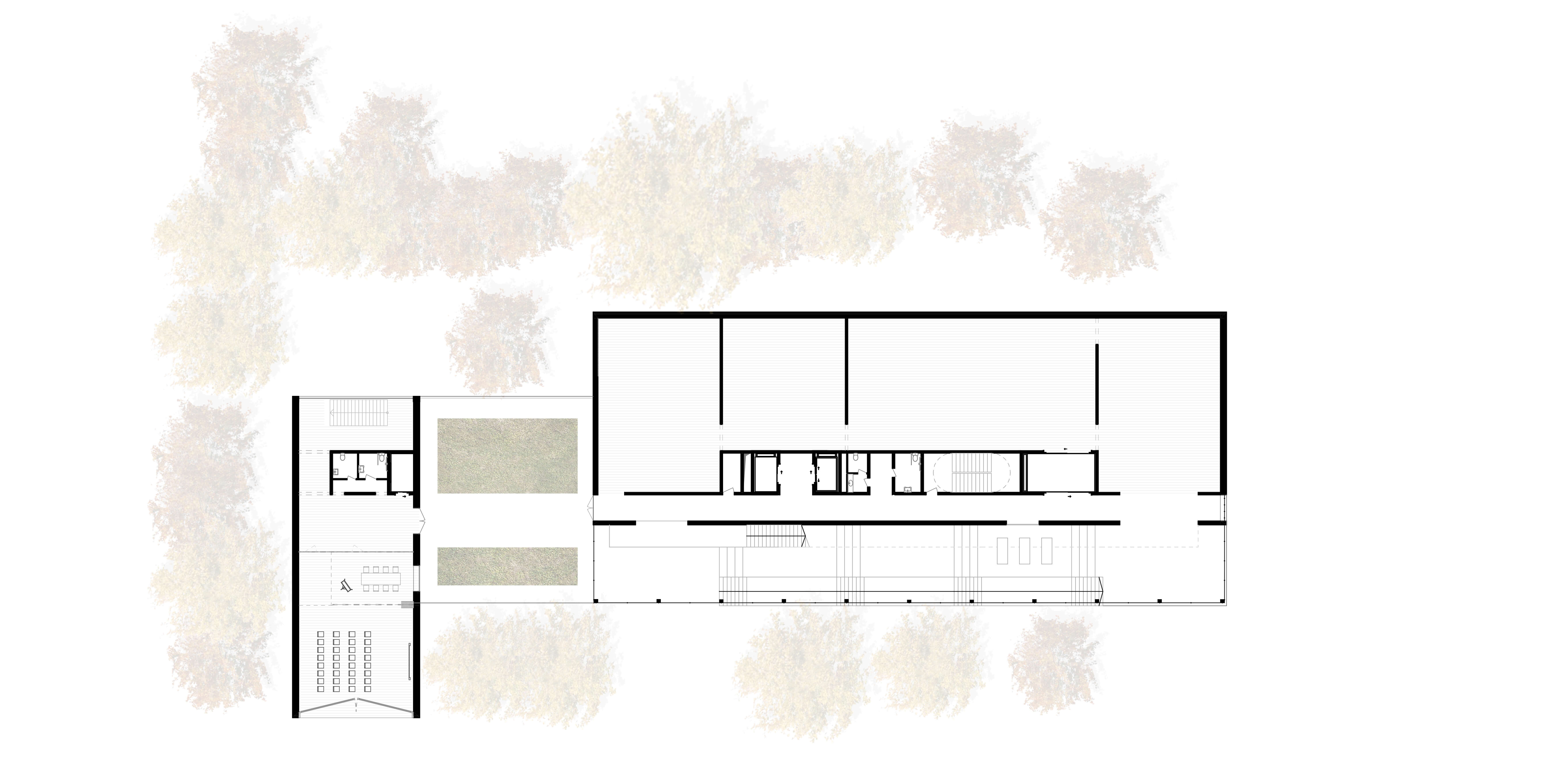 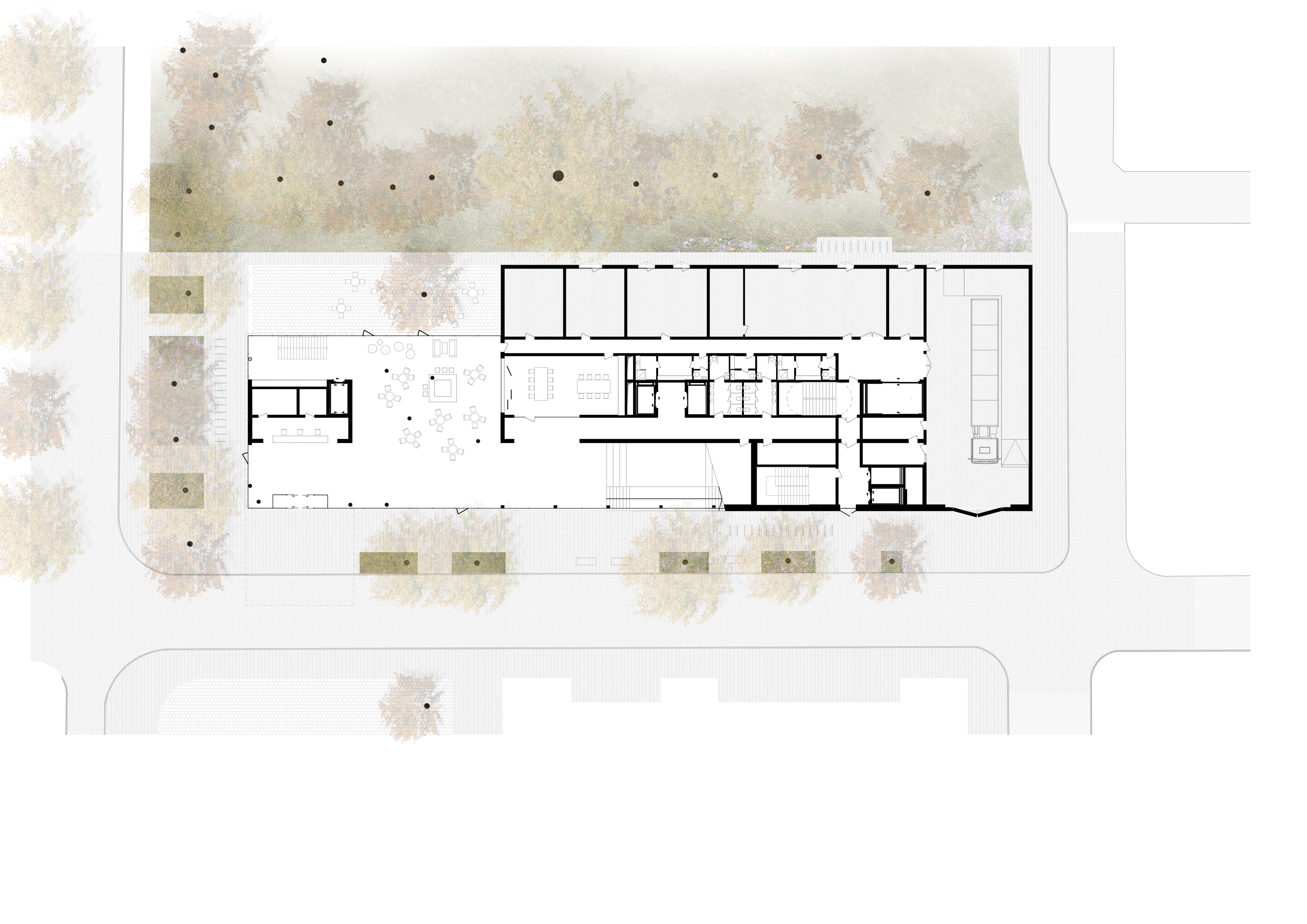 The historical heritage of the Finlayson area defines the city of Tampere. In the local textile industry, which is still operating today the centuries-old traditions and materials of textile production are redefined with contemporary sewing and detailing. Many aspects of the planned building reflect this duality. In our façade design, the historical red brick material of the Finlayson area is reinterpreted by contemporary techniques. The bricks joined together as textiles on a metal web create a veil-like façade drawing. It’s pattern is based on the Tiina pattern made at the Finlayson-Forssa textile factory in 1962, the year the Sara Hildén Foundation was founded.