We have created this plan for a competition tendered by Because Architecture Matters. They offered  great freedom for the competitors, there was only one question: what we think about the future of workplaces? In our design we are looking for a comprehensive answer at fictitious locations.

Space, available for an individual in a work environment, ranges between extremes. Even though there is a big distance between people in the cell office and home office, their environment is impoverished and public connections are limited. The open office provides a place for many personal interactions, it is inspiring, maintains motivation, but usually is dense and lacks private space. In the urban scale the dispersion of functions is not consistent. Business quarters have huge density of office spaces, with supporting functions, while other areas have almost none. People spend hours commuting (resulting in wasting money and time, pollution), time utilisation of these places is far from optimal: following the working hours, office areas are unused, while the suburb is empty during the day.

We seek optimal density, better dispersion in different scales: the urban fabric, the building, and the human.

Public Landscape is a coherent common area, connected with the outdoor public space. A partible topography, linking the unique, private workspace blocks, which are formed independently based on technology and tenant needs. It is present in small towns, suburbs, city centres, and business quarters too, distributing density for a liveable built environment. 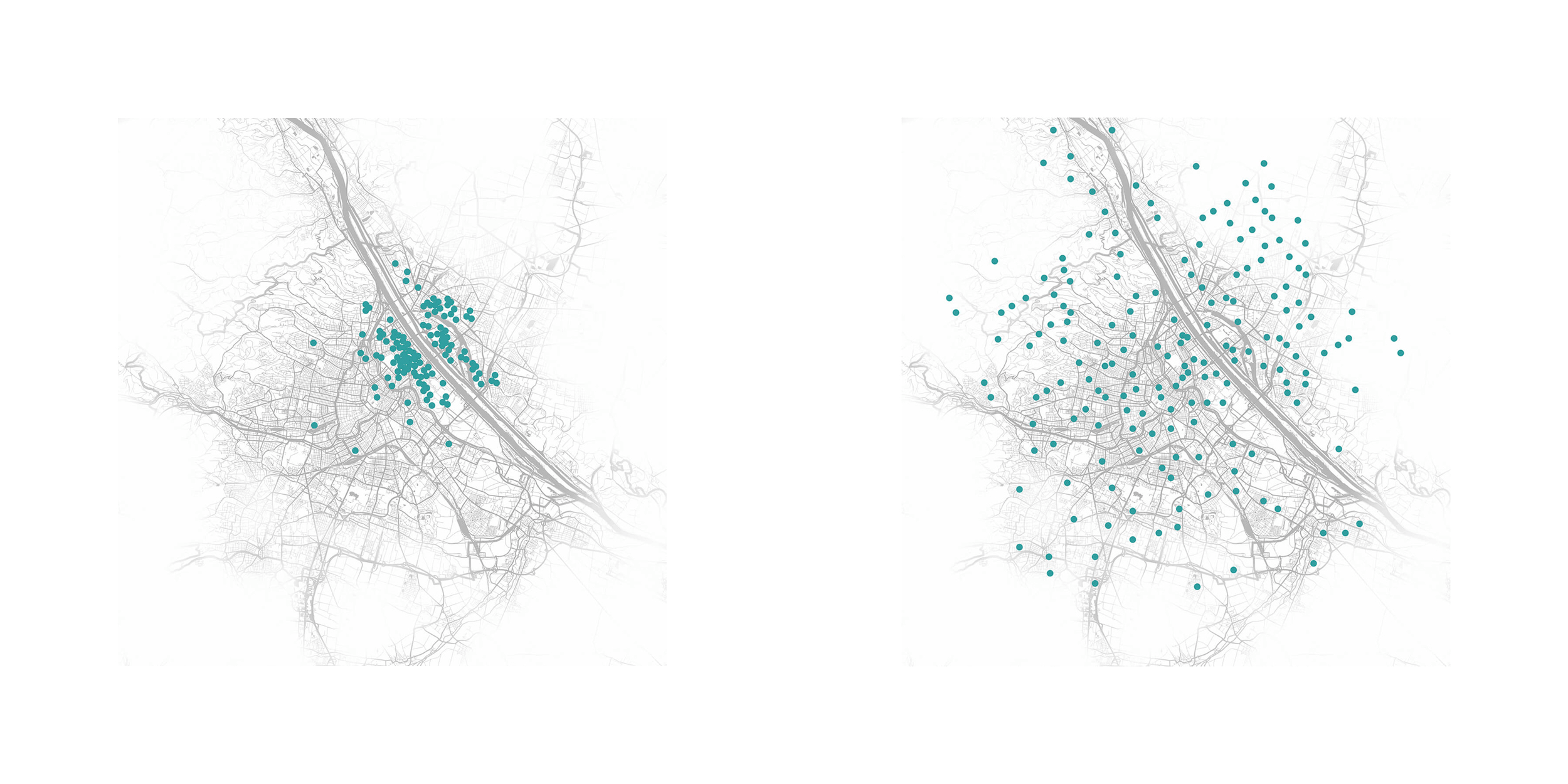 The technical background allows us to work from any place, there is no need for commuting to the office space to do work. Other factors, however, like community, motivation, going out from home are still important. The same work can be performed in a resourceful office environment near home, and hence the local densities can be distributed. 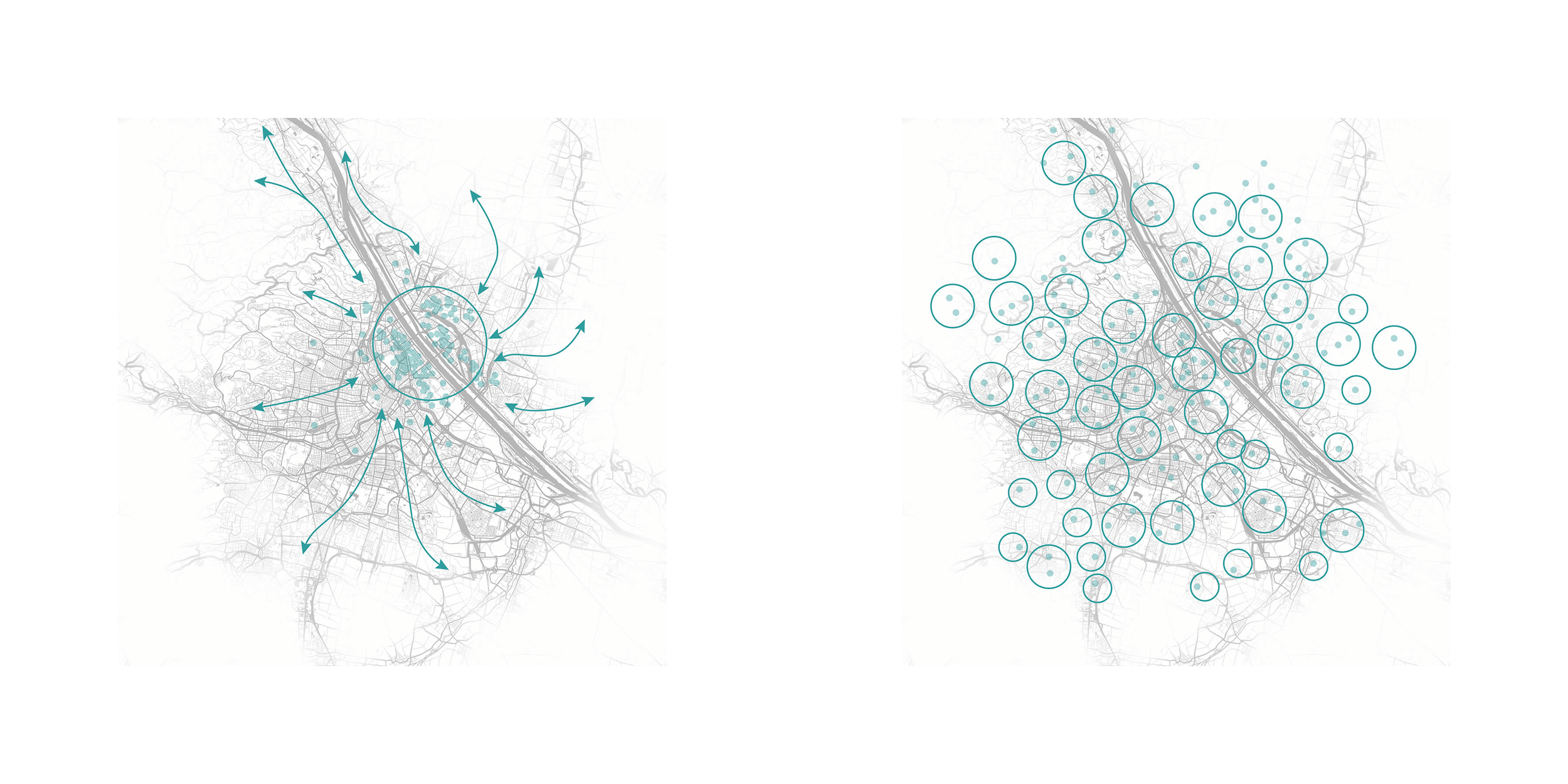 At many workplaces working a couple of days a week at home will become a standard. The time of the fixed workstations is on the wane, shared desk/hot desk systems are wide-spreading. Effective and inspiring common spaces, like meeting areas, office dining rooms, smaller huddle rooms, terraced cafes are gaining more emphasis, the proportion of such spaces will increase.

In our vision the individual functions and buildings are open, their internal public areas will combine and connect to the surrounding urban fabric. This way they provide space for any event supporting the neighbourhood. 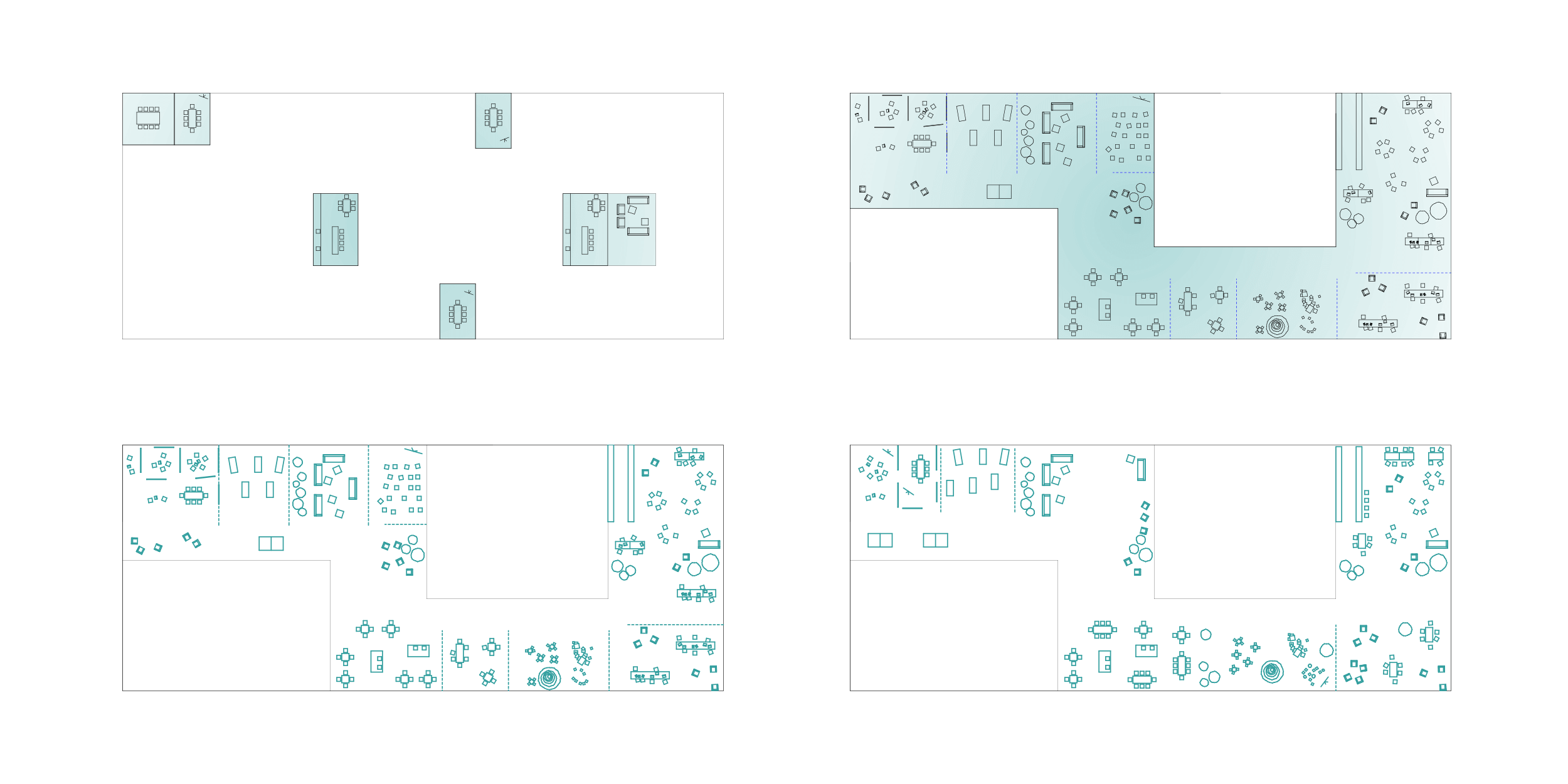 In our plan the common areas are connected, different functions are used as intended. When it is needed, they serve as common areas for offices, however, these areas are not reserved exclusively for the workplaces. After working hours or during a vacancy, these places can be lent for study groups, workshops, community kitchens … to use.

In small towns and in the suburbs public landscape means the rising number of smaller-scale office spaces. Local residents find working spaces within a short distance of walking. These areas flourish during the daytime, leading to a significant increase in social connections, and strengthens the local community, economy.

As part of the public landscape common spaces, and the green areas grow in the dense centre of the cities. The existing building stock has a great number of unused, untapped potential. Their adaptive reuse can redefine the borders of the public realm.

At business centres, in the public landscape, the density of the working areas decreases, the flexible space of the office buildings hosts new activities. The office quarter sees a burst of life after working hours too. Dissolving the strictness of the quarter flexible blocks accommodates office, living and residential functions. 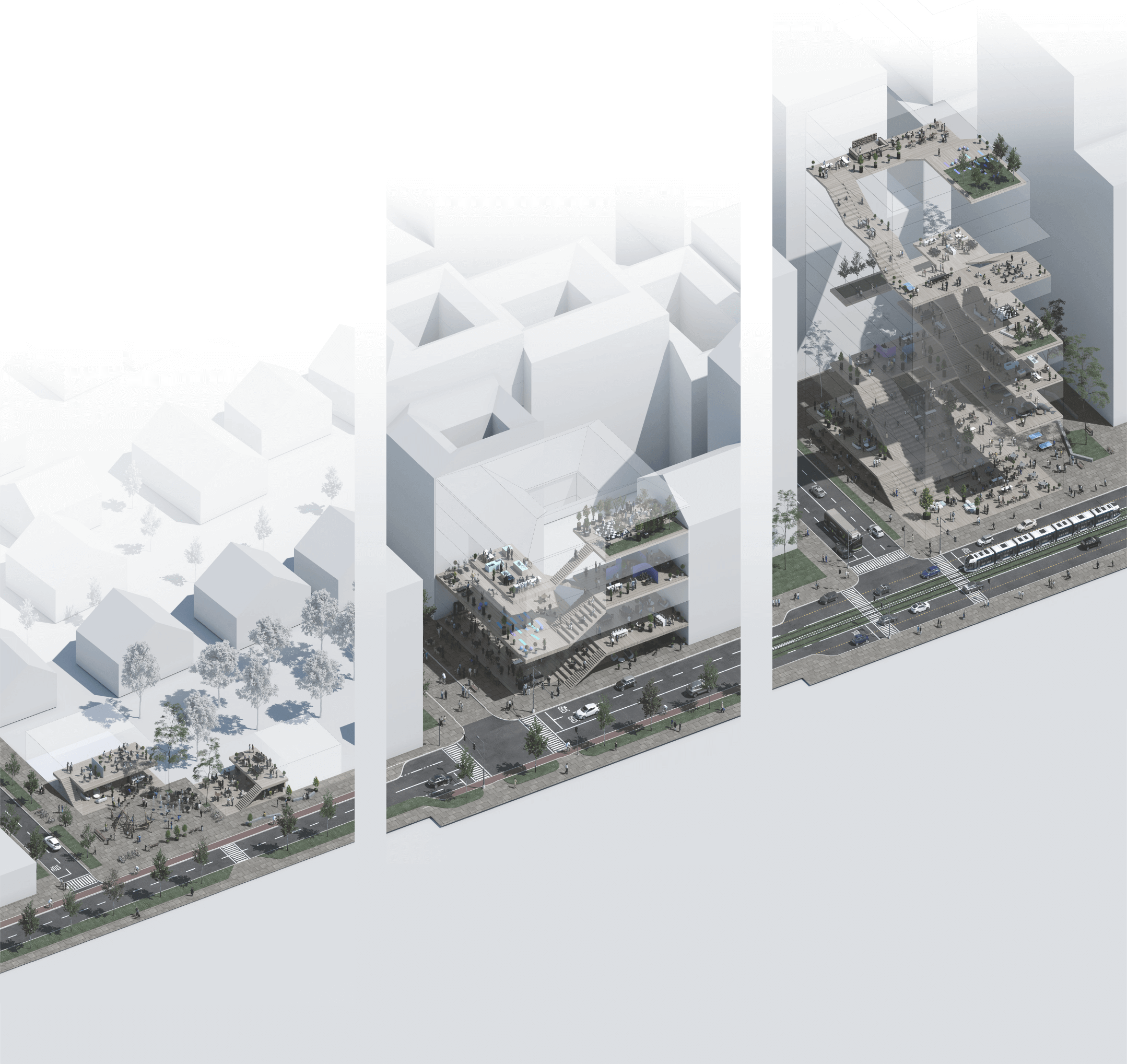